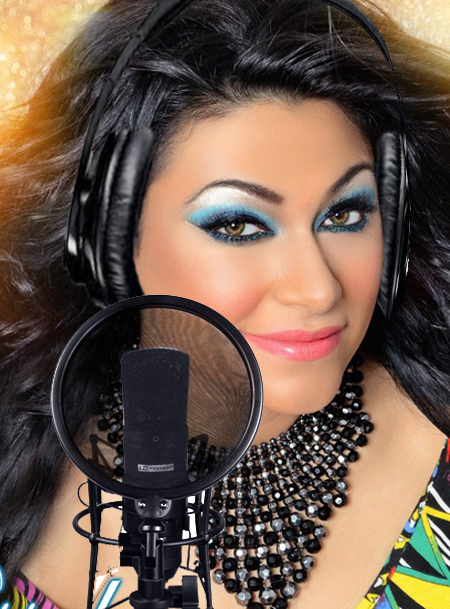 Canada's Most Adored and Respected Vocal Singer.  The Number One Vocalist in North-America!

A Dazzling beauty, an International Singing Diva, an absolute power to reckon with...Canada's Most Adored South-Asian Singer... The Girl With The Golden Voice "MYSSAH"!

Myssah boasts of having performed in countries ranging from Dominican Republic, The United States, United Arab Emirates, India, Pakistan, Middle East, United Kingdom and Malaysia. With repeat concert bookings on a weekly basis, she continues to expand her international fan-base!!

Myssah has also had the honor of sharing the stage with some of the South-Asian industry’s most celebrated artists including.... UK Hearththrob's Jay Sean and Imran Khan (Amplifier), Kumar Sanu, RDB, Raghav, Apache Indian, Ali Zafar, Stereo Nation, Kashif & the Bilz, Manna Dey (Late), Atif Aslam, Pankaj Udhas and many more. In addition to that she was one of the very few Canadians who had the opportunity to walk the Green carpet at the IIFA Awards in Toronto along with known Bollywood Stars such as Shah Rukh Khan, Karan Johar, Bipasha Basu, Arbaaz Khan, Rishi Kapoor, Shilpa Shetty ... the list goes on and on.... There is no stopping for Myssah!

For booking and press inquiries please contact my manager by filling the form or calling the number:  +1-416-456-7067

Presenting Myssah’s Biggest party Dance Song Anthem of the year Powered by ARY MUSIK  WOW WOW WOW… Watch My brand new Dance Song “Nach Meray Naal” powered by ARY MUSIK making me the first ever Canadian Pakistani Artist to be signed under their Suniye Pakistan Banner …. Chk it out! I had so much fun […]